Sasha Banks and Naomi left WWE live on WWE Raw. Since then, both ladies have been stripped of their WWE Tag Team Championships and their contracts have been frozen. Follow WWE news and updates at InsideSport.FR

As for the Women’s Tag Team Championships, WWE is going to hold a tournament to find its next champions. However, on Wrestling Observer Radio, David Meltzer and Bryan Alvarez reported that WWE has yet to make any plans.

“This women’s tag team tournament is like dead now. Yeah, not a word. They had an idea for four women’s teams, whatever it was. It was launched but it was never signed about a week ago. Now I have no idea what’s going on, it’s like not a word. (H/T- Wrestling News.Co)

Since the start, WWE hasn’t talked about the Women’s Tag Team Championships at all. Unfortunately, the chances of them being in the running seem slim.

On the May 16 episode of WWE Raw, Sasha Banks and Naomi left the company. Corey Graves constantly brought up the pair calling them unprofessional. He received some heat from fans for his comments during the show.

Read more: WWE Hell in a Cell 2022: A top notch match added to the show 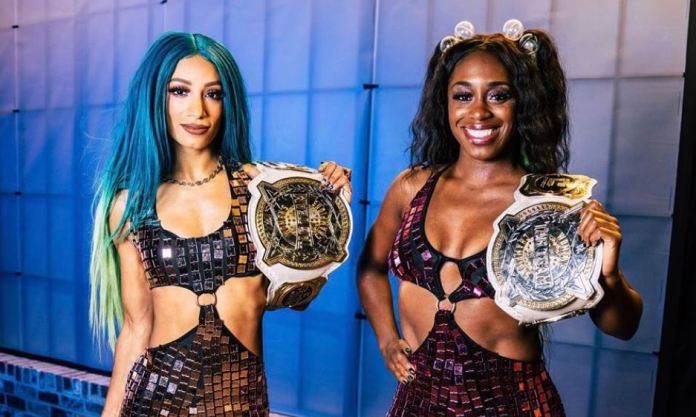 In his defense, WWE Raw commentator Jimmy Smith spoke about this incident. He claimed Graves was doing what the boss said and not doing things out of his mind. Here’s what Smith said in an interview with Unlocking the Cage.

“What I don’t understand at all is the heat my broadcast partner, Corey Graves, is getting. They gave him something to read and just like Michael Cole, he toned it down a bit. But the Guys, Michael Cole and Corey Graves aren’t making this up. If Vince had said, ‘Here, read this,’ I would have done exactly what Michael Cole did. Corey Graves gets all that s—. Corey Graves didn’t invented that statement. He’s a broadcaster and he was told to read it and he read it. So I understand the anger of the fans, but the misdirection of that anger is weird.

We hope that Sasha Banks and Naomi’s situation will be resolved with WWE and that they will be back soon. It will definitely be a win-win for all parties.