Fuling is a district of the city of Chongqing, located in central China, at the confluence of the Yangtze River and the Jialing River. Chongqing is home to nearly 7 million people but if you add the suburbs, nearly 20 million people live there to make Chongqing one of the largest cities in the world.

Many high-level Chinese players took part in the event, including Ding Liren, Bu Xiangzhi, Wei Yi, Ni Hu, Li Chao, Hou Yifan or Ju Wenjun, but also many Chinese players who are not well known outside their country. . The strength of the teams varied greatly.

Foreign players did not participate in the championship. Due to the pandemic, China has more or less completely closed its borders. Only a few Chinese players have the opportunity to participate in overseas tournaments and even fewer players can enter China.

The matches were played on five boards, boards 4 and 5 being reserved for women. 30-year-old grandmaster Ma Qun (Elo 2655) played on board one for Hangzhou Bank, former women’s world champion Hou Yifan (Elo 2650) played on board 4, the first women’s board. With a score of 6.0/8 (+5, =2, -1) Hou Yifan was the most successful player in her team. However, with an average rating of 2188, his opponents weren’t particularly strong.

In the first round, Hangzhou Bank lost to Chongqing Ticai, but then won five games in a row. In the seventh round, they drew against Zhejiang, which featured Ding Liren and Lu Shanglei on the top two draws. The games on the first two tables ended in draws. Hou Yifan played against Ju Zhiner and suffered his only championship loss.

After a victory in the eighth round and a draw in the ninth round, Hangzhou Bank won all of its remaining matches and finished first with 18/22. One point behind Shanghai, which started with Ni Hua and Zhang Zhong on the first two boards and Ju Wenjun on the women’s first board. 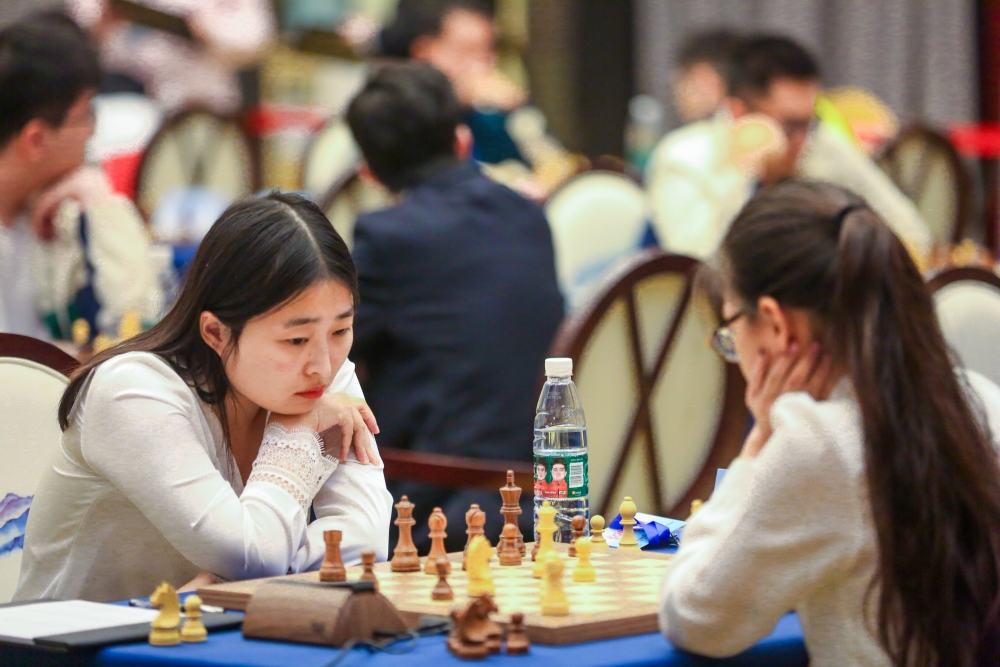 Hangzhou Bank also won the Rapid Championship, which was played directly after the Classic Chess Championship.